Fountain Central freshman Waylon Frazee will compete in the 120 weight class at the New Castle wrestling semi-state Saturday, February 13.  Waylon has had a terrific season, finishing 2nd in the WRC and winning sectional at Crawfordsville.  He is 22-4 on the season and will face Warren Central senior Carleton Perry (21-3) in the opening round.

We were able to catch up with Waylon this week and ask him a few questions.  When asked about his feelings on making it to semi-state as a freshman, Waylon stated that “I never thought I could make it this far as a freshman.  My goal was to make it to regional, but now I have to raise that goal.  I can’t be satisfied with just making it – I have to keep pushing hard on and off the mat.”

Waylon also talked about the fear he thought that he would feel at this level, but as he says, “other wrestlers are human too.  It’s who capitalizes on mistakes that determines the outcome of the match.”  Waylon says he is ready to put up a fight on Saturday, and FC is pulling for him.

In his young career so far, Waylon has enjoyed his teammates greatly this season, particularly getting to have his brother Willie as a teammate.  Winning sectional is a highlight, as is of course placing 4th at regional to advance to the semi-state.

When asked about his influences, Waylon mentions former wrestling coach Kameron Banes, saying that many wrestlers “look up to him, both literally and figuratively.”  Banes himself  advanced to the 2005 wrestling state finals, placing 4th and was a 2X regional champion, as well as 2005 Merrillville semi-state champion.  Coach Banes was the FC wrestling coach when Waylon would come up to the wrestling room as a kindergartner.  Waylon credits Coach Banes with teaching him about wrestling and about life early on.  Coach Lucas Deel has also been a big influence on Waylon’s career to this point, and Waylon credits him with being a great mentor and supporter.  Waylon also credits his parents, his sister Mary, and his brothers, Laine, Willie, and Jessie with supporting him all season and beyond.  Waylon realizes that a lot of people in his life have made sacrifices to help him continue to improve his wrestling and to get him to and from practices, camps, etc.  He says his sister Mary (who is also an assistant coach on the girls’ basketball staff) is “not only my sister, but my coach, too.”

Waylon’s brother Laine competed in the New Castle semi-state in 2016 and finished 3rd, advancing to the state finals.  Waylon says that Laine also gives up free time to  help him outside of regular practice helping him become a more mentally tough wrestler.  Waylon’s brother Willie is also a standout wrestler for the Mustangs, and Waylon credits him with always having something positive to say after matches.  It is clear that wrestling is a “family effort” for the Frazees, as younger brother Jessie has also helped Waylon in the midst of the season by stepping up and filling in for Waylon when he has missed work at home.  While Waylon is proud of his success in his first year of high school wrestling, he is thankful for the help his entire family provides in various ways.

Waylon also credits his current coaches (Jaren Oakley, Bob Oakley, & Noe Gonzalez) with helping him correct mistakes along the way and helping him continue to become a better wrestler.  Coach Jaren Oakley says that “Waylon is super dedicated and hard-working – he puts in 110% effort in every practice and match.  He has truly earned this great accomplishment of being a semi-state qualifier.”

When asked about other wrestlers in his weight class at the regional, he keeps things pretty simple – “My goal is to go out and wrestle my heart out.  I won’t be disappointed if I give it my all.”  Having seen how Waylon approaches wrestling, we have no doubt that he will indeed give it his best effort.

Tickets to the New Castle semi-state are limited, so if you are wanting to follow Waylon’s progress on Saturday, go to www.trackwrestling.com to follow the semi-state.  Wrestling starts at 9 am.  Good luck to Waylon Saturday! 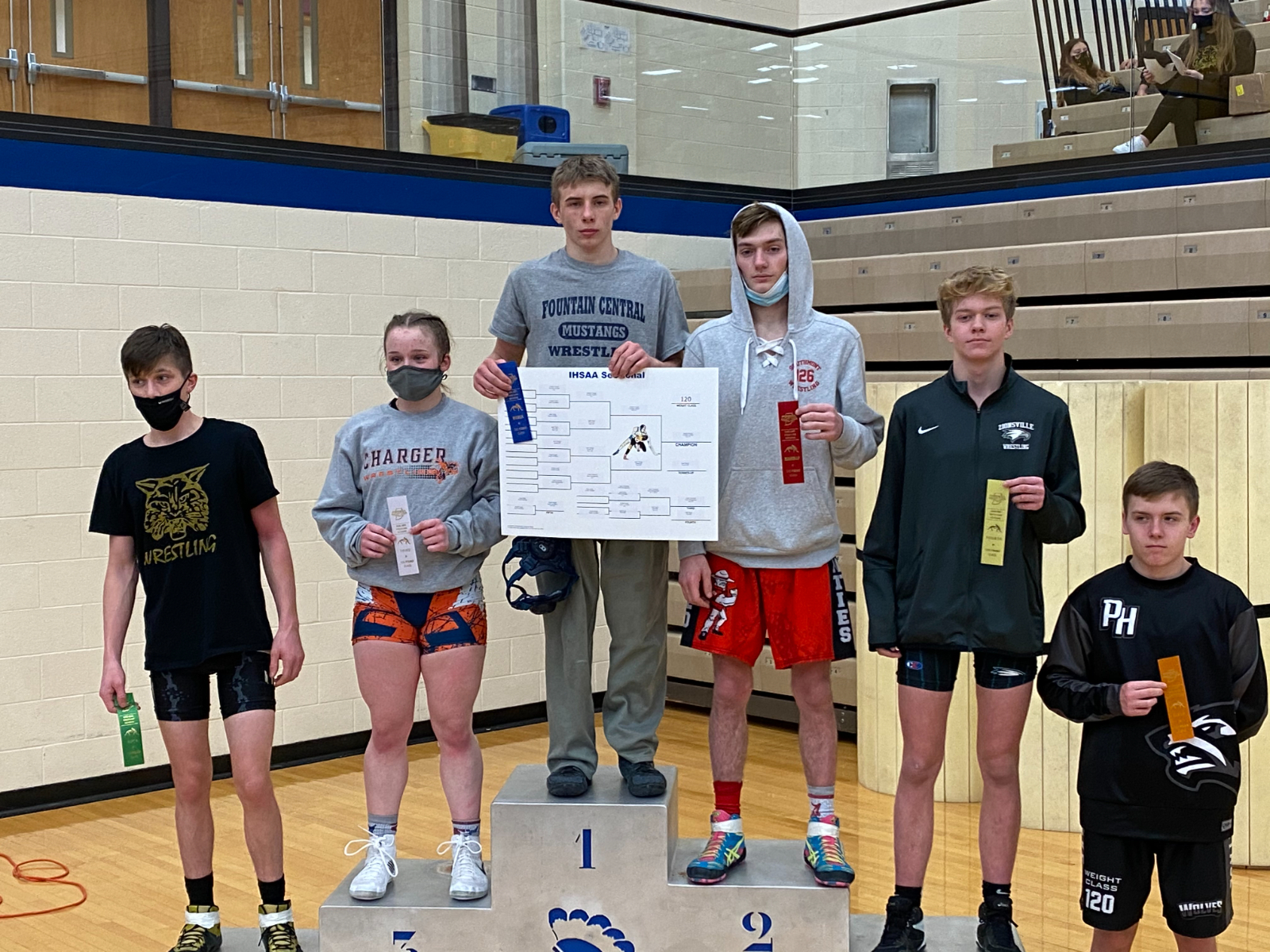 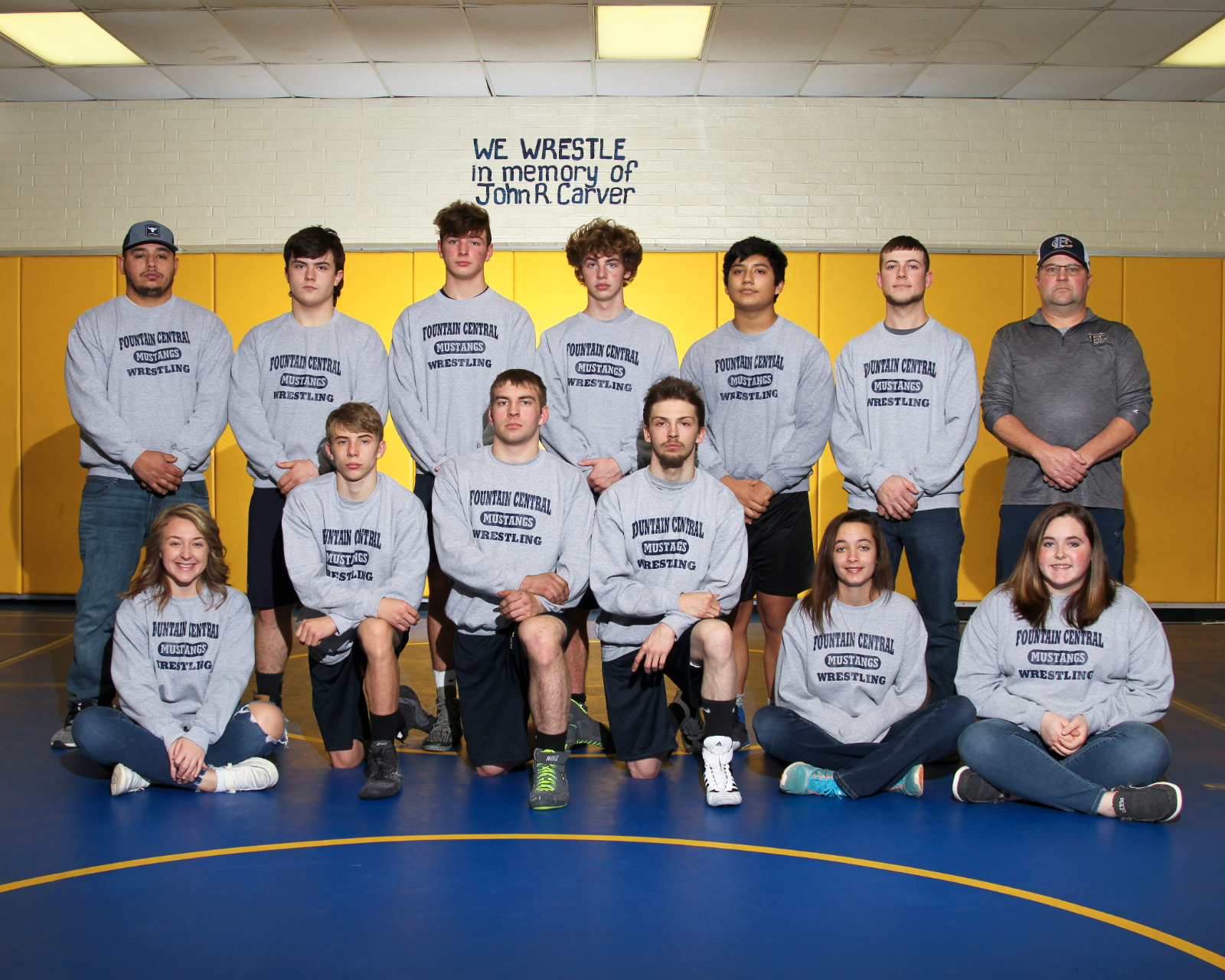